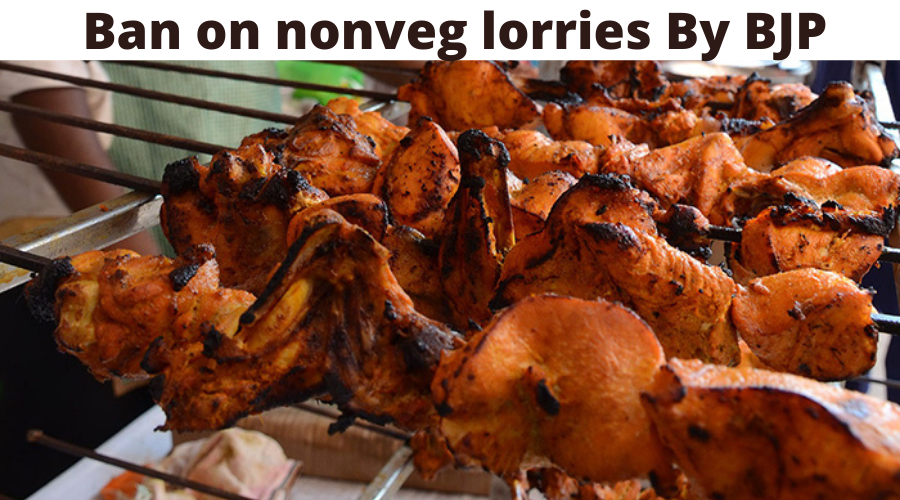 Ban on nonveg lorries By BJP

In the state of Gujarat, Rajkot, Vadodara, Bhavnagar, Junagadh Municipal Corporation has banned the keeping of egg lorries in public. Congress president Amit Chavda said that BJP has been ruling Gujarat for the last 25 years.

The youth are making various agitations to get employment from the government. Drive lorries or alleys due to lack of employment.

Installment is levied from Lari-Gallawala

He said that BJP collects a large number of installments. People are being pushed for installments. Wants to bring such a general issue to the fore and divert attention from the mood of inflation and unemployment.

He further said that people are facing inflation in the anti-people regime of BJP. Friends, we all know that the price of petrol has crossed Rs.100. And excise duty on diesel has been increased. Inflation is rising instead of falling.

Ban on nonveg lorries By BJP : Many people have committed suicide in one year

Amit Chavda said that earlier petrol was available at Rs.71. The number of poor people in Gujarat has increased to more than 12 lakh in a year. Gujarat has the highest unemployment rate. In Lord’s recruitment, 12 lakh people have been recruited instead of 10 thousand. This situation reflects the unemployment rate. The people of Gujarat are not getting the disease but crores of rupees worth of drugs are coming to the shores of Gujarat.

Gujarat seems to have become an open field for the drugs mafia. Such cases happen from time to time. Eggs and nonveg lorries are banned, Will still be seen open in some area.