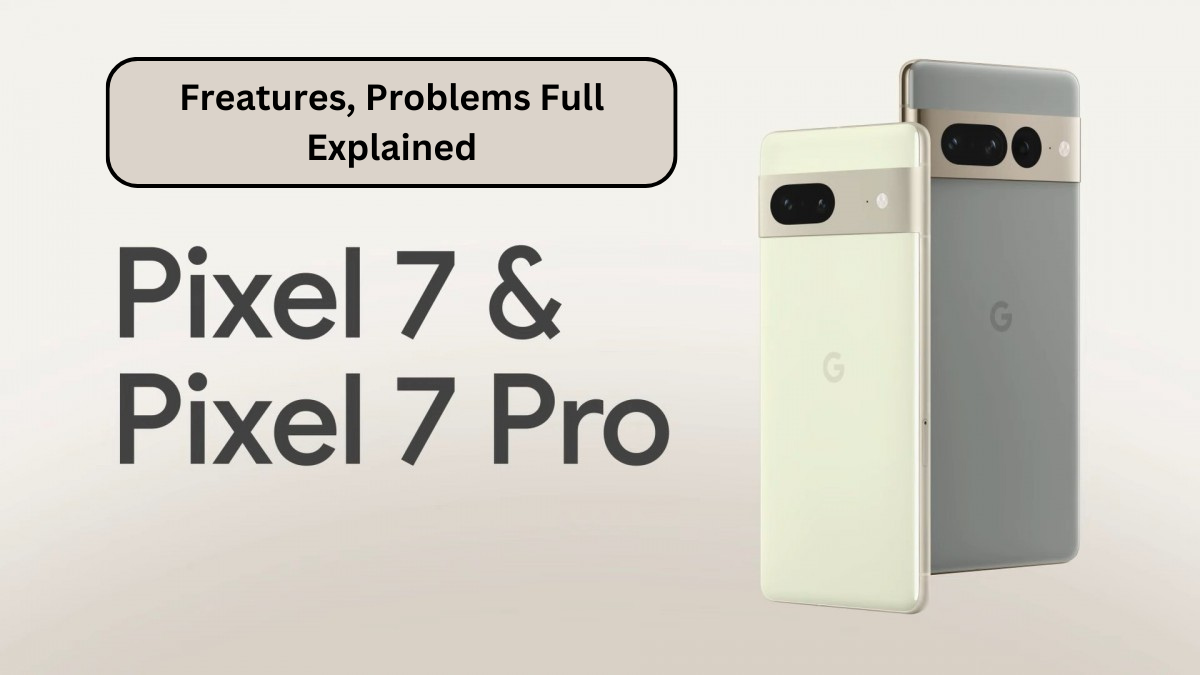 You know Google pixel 7 Phones already Kicked in Market back in October.. and The Popularities and Controversies are we can looking so clearly. and For you to decide that whether buy these pixel 7 Phones or not, We are here to Review it both out and make the Clear Verdict at last. So Read full article for the Detail information..

Google has launched its flagship smartphones in India after many years. Pixel 7 and Pixel 7 Pro have become available in the Indian market. Let just tell you how these phones are.

Reviewing the white color variant of Pixel 7 Pro, which the company calls Snow. Pixel 6 and Pixel 6 Pro did not come to India, but the company launched Pixel 6A in India. As far as the design is concerned, it is similar to the Pixel 6 series.

Glass metal was also used in the Pixel 6 series and there was a camera visor, it is the same here. Although last year the camera visor was of glass, which has now become of aluminum.

What are the Features of Google pixel 7 and Pixel 7 pro :

Let’s Get known about the Features or Specialities both in pixel 7 Phones..

Gorilla Glass Victus has been given in the front and back of Pixel 7 and Pixel 7 Pro, which is considered strong. However, I have not tested how durable it is. Phones usually break when dropped.

Talking about the operating system, the Pixel 7 Pro smartphone works on Android 13.

Where operating system of the Pixel 7 smartphone works on Android 13.

Where, Pixel 7 has been given under display fingerprint sensor, accelerometer sensor, gyroscope sensor, proximity sensor, compass sensor and barometer sensor.

When it comes to the Processor, the Octa Core Google Tensor G2 (4 nm) processor has been given in Google Pixel 7 Pro.

And In Google Pixel 7 version, the Octa Core Google Tensor G2 (4 nm) processor has been provided.

Talking about battery backup, the Pixel 7 Pro smartphone has a 5000mAh battery with 30W fast charging support, which can charge up to 50 percent in 30 minutes.

Talking about battery backup, the Pixel 7 smartphone has a 4355mAh battery with 30W fast charging support, which can charge up to 50 percent in 30 minutes.

Talking about the color option, the Pixel 7 Pro smartphone is available in Obsidian, Snow and Hazel.

Where color option of the Pixel 7 smartphone is available in Obsidian, Lemongrass and Snow.

If this comes to the Connectivity, Google Pixel 7 Pro has Wi-Fi, Bluetooth 5.2, GPS, NFC, Radio and USB Type-C 3.2 port.

These both Phones were made available to India for buy at 13th October 2022, which you can buy on Amazon and Flipkart.

Some Similarities in both Google pixel 7 Phones:

What problem Users getting Often in Google pixel 7 Phones?:

The Verdict for Google pixel 7 Phones:

Well, Pixel 7 and Pixel 7 Pro both are good not only in terms of photography but also in terms of overall user experience. Although there is a lot of difference in the prices of Pixel 7 and Pixel 7 Pro in India. So if you do not want to spend more money then you can also go with Pixel 7. There is a slight difference between the two performance wise, but if high refresh rate or telephoto lens are not prefered for you then you can buy first one.

So if you found this article so helpful and if you are at least a bit Techy person and want to give others this information about Google pixel 7 Phones then kindly share this article to all your friends and be with our site to get all this type of knowledge in future, thank you.