Hello, Friend Welcome to Tech2tip. I hope you are well. We all have a hobby of having a good mobile. But everyone’s hobbies are different. We will talk about lava mobile today. Did you know that A low-budget compact mobile from Lava BeU ? The lava company new phone is specially designed for women. it is an awesome mobile with multiple features.

Lava BeU mobile price in India has been set  Rs. 6,888 for it is a single 2GB RAM + 32GB storage variant with crystal-studded deco and floral speaker mesh. also comes preloaded with a safety app. Lava is planning to launch new smartphones on January 8, 2021. Lava confirmed to Gadgets 360. 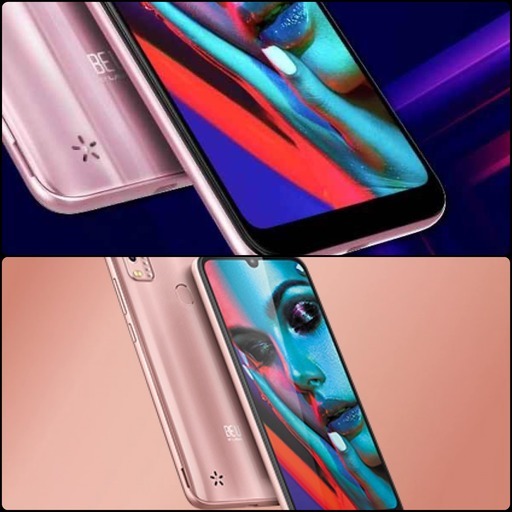 The new Lava mobile will be priced between Rs. 6,000 and 15,000 and will be available through both online and offline channels. The lava company will also bring a smart fitness-tracking band — alongside its five new mobiles. Lava company is an impressive entry-level mobile from the brand, featuring a proprietary safety application of its own.  The device flaunts a crystal-studded dual-camera system on its backside, giving it an elegant finish. It gets 2GB RAM and 32GB internal storage which is a decent combination considering the price range of the particular smartphones. Further, Lava gets android version 10 as its operating system and a fingerprint sensor on the backside in the new smartphone.

it showcases a screen size of 6.08 inches with a resolution of 720 x 1560 pixels. The  IPS LCD type display of the mobile device comes equipped with a pixel density of 283 PPI and screen to body ratio of 79.44%.

It is powered by an octa-core SoC clocked at 1.6GHz processor, coupled with 2GB of DDR4 RAM. There is a dual rear camera setup that houses a 13-megapixel primary sensor with an f/1.85 lens, along with a 2-megapixel secondary sensor in the new smartphone. The phone also includes an 8-megapixel selfie camera sensor at the front, with an f/2.2 lens in lava mobile.