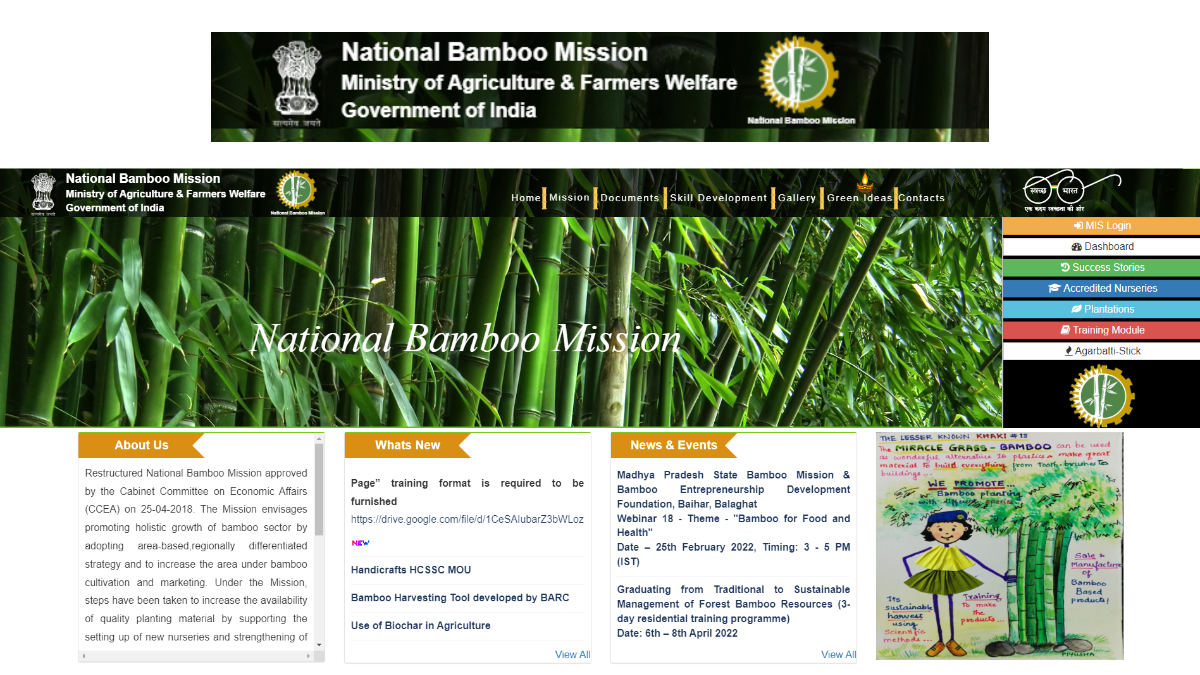 Under this scheme, the government will provide a grant of ₹ 120 to the farmers for planting a bamboo plant, if a person wants to do its business, then the government has also arranged to give a grant in the form of subsidy. The main objective of this scheme is to reduce the use of plastic or completely stop single use plastic.

The Use of plastic is so dangerous to our Environment we all know, And Government pushes The Business of Bamboo and its Farming so speedily under the National Bamboo Mission!

Things Can be Made from bamboo:

Yes it is too important for us to know that How bamboo can help us or nature in routine life because the subject of the article.

You people know very well that how much bamboo is used in our daily life, if you belong to a rural area, then you will know it very well.

There can be a profitable deal. At present, bamboo cultivation is being done mostly in China and Vietnam, but due to the arrival of the National Bamboo Mission of the Government of India, the cultivation of bamboo in India will also increase a lot in the coming time, a lot of bamboo is imported by China and Vietnam. All such products are made and sold in many countries.

What are the Benefits of National Bamboo Mission Subsidy Scheme:

Under the National Bamboo Mission, a provision has been made by the government to give subsidy to the farmers in different ways.

How to apply online for Prime Minister National Bamboo Mission?

Well If you want to Get Registered under the National Bamboo Mission then Kindly follow the Below steps:

1. Firs of all you have to Go to the Browser, type the National Bamboo Mission website name and Go to the Site.
2. As you go to the Website’s Homepage, you will be find “Farmer’s Registration” button, Click on it.

3. Then a New Registration Form page will be open in your screen, Where you have to fill up some of the details like Taluka name, District name, State name etc.
4. Then Enter the details like Email id, Phone number and Farmer’s Category.
5. Then you will be showed an Aadhar card and Bank accound option. If your Aadhar card and Bank account is linked then click on this option.
6. When finally you click on the Submit then you will be Sucessfully registered on the National Bamboo Mission(National Bamboo Mission Subsidy).

The Key Features of National Bamboo Mission Subsidy you need to Know:

Here are the Key features of National Bamboo Mission Subsidy you need to know, so let’s learn one by one below:

As you must have come to know by now, how much demand for bamboo is going to be high in the coming times, so there is a good chance of earning in front of you. If we talk, about 15 to 2500 bamboo plants can be planted in one hectare, the distance between one plant to another has to be kept about 2.5 meters, according to this, about 1500 plants can be planted in one hectare. (This number can also be increased if the distance between the plants is reduced).

The distance between one plant to another, which is 2.5 meters, in this distance, you can grow other crops and earn from it. According to this, if we talk about profit, then after 4 years, you can earn 3 to 3.5 lakh rupees very easily and you can also earn from the extra plants you have planted. The biggest thing in bamboo cultivation is that plantation is not done every year under it because bamboo cultivation lasts for about 40 years.

Hope you liked the Info of National Bamboo Mission Subsidy, then Kindly share this important info to all your friends.